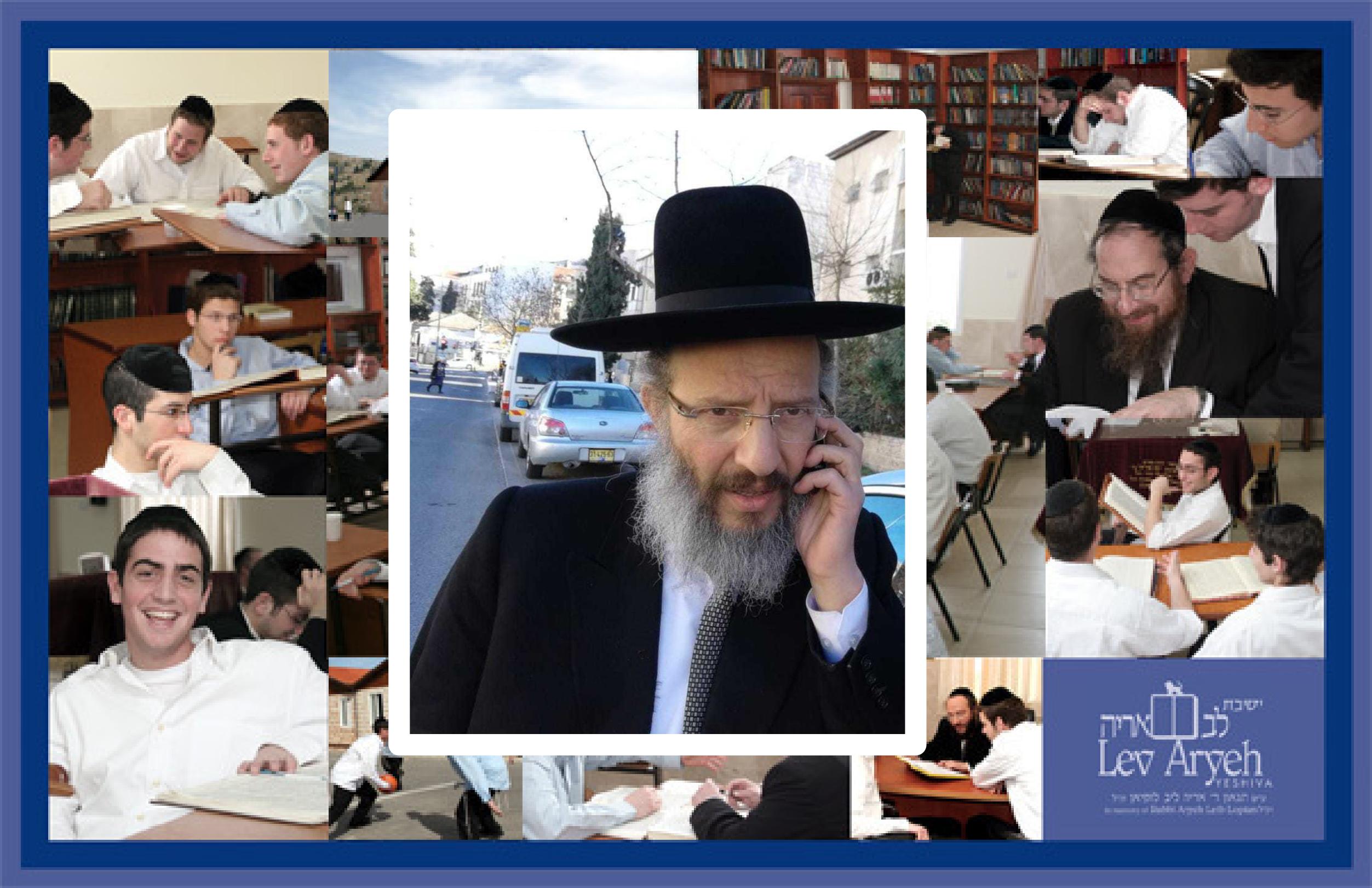 There are no words to describe the Hakaras Hatov to everyone who has donated to this campaign and support this very worthy cause. When we started this campaign we were told that this can not be done. It is only through the support of every which one of you that we were able to accomplish this.

We are going to be keeping the campaign link alive for any future donations. We all know that even though the Yeshiva as we know it has closed, Rabbi Lopian and Rabbi Rappaport will never stop doing the amazing work they do and continue needing our support. A committee of alumni will be appointed to oversee these funds and maximize every dollar.

We have been blown away by the outpouring of support we have received from around the globe. It is obvious that Rabbi Lopian and the rest of the Rebbeim at Lev Aryeh mean so much to so many people, as exhibited by the amount fundraised for this campaign in just one short week.

These Rebbeim are our fathers and fathers are known to do everything for their sons. Now is the calling for the sons to step up and help their fathers.

Please help us raise the final $150,000 so we can give our fathers the Menuchas Hanefesh they deserve.

Our fathers need us now. We have to be there for them.

For the past 35 years Rabbi Lopian has put his entire life into his boys, whether Talmidim of Yeshiva Lev Aryeh, boys off the streets, and even Talmidim of mainstream Yeshivos who found themselves in need of Rabbi Lopians guidance. Many of these boys came to Yeshiva without money to pay for tuition. Rabbi Lopian took it upon himself to make all these boys feel at home no matter what their financial situation may have been. He would even take cash from his own pocket to give to these boys so that they would have spending money! As you can imagine, this created a huge financial deficit.

Many of us think that this debt is just on paper and that the debtors will forgive it. That is not the case. A significant portion of this debt is to Rebbeim, cooks, drivers, and even the custodians. Some of these people have not even worked for Lev Aryeh in over 10 years, and yet they are still owed money. As many of you know, Lev Aryeh recently closed its doors and since then Rabbi Lopian has taken it upon himself to pay off these debts.

These are our Rebbeim who have helped us so much and are struggling to put food on their tables. Some have been owed money for over a decade and need to provide for their families. This is our Achrayus!

Now is the time to Make it Right. Rabbi Lopian is being crushed both emotionally and physically. He can not go a week without a knock on his door demanding money and he has no Menuchas Hanefesh. After all the years we spent taking from him, it is now our turn to give back. It is up to us to return the favor.

Baruch Hashem, we have been able to renegotiate some of this debt and arrange payment plans to buy us some time for this campaign. We have already raised close to $150,000 for this. We are asking you to open your hearts and give what you can, no matter how much or how little. Also, if you could please take some time out of your day to help. Whether it means calling your parents, grandparents, in-laws, aunts/uncles, and even your boss. Remind them what Lev Aryeh has done for you and ask them to join the movement to Make it Right.

Lets make one last push on behalf of our Lev Aryeh family and settle the score.

We may have moved on since our time in Lev Aryeh but the debt has not. And Rabbi Lopian and our Rebbeim surely have not. We know he is and always will be there for us.

100% of all proceeds will be used to pay off these debts. This effort is run by a group of alumni who are trying to show Hakoras Hatov and stand up to the plate during Rabbi Lopians time of need. Any questions can be sent to donate@makeitrightcampaign.com

Donate by Phone
Call To Donate
(518)-323-0376
Campaign ID: 42
Recent Donations
effective amount
Be the first to donate to this cause